Introduction of Chia and Gum Tragacanth in the U.S.

Chias and gum tragacanth are examples of potential new crops for the diversification of U.S. agriculture. The chias are generally unknown to North American agriculturists, but are well known in Mexico as edible cereals and sources of oil. Gum tragacanth of the large genus Astragalus, is widely known in commerce from the Near East, but has not previously been cultivated anywhere, so far as we know The products of these two plant groups have been esteemed by gourmets, but we treat them here as two rich sources of germplasm with unknown breeding potentials. They appear to be worthy of serious cultural investigations and we are slowly increasing seed, which will be available to other researchers from the U.S. National Plant Germplasm System.

The chias are a small group of annuals of the Lameaceae-Labiatae, native to southwestern North America from California to Texas and south through Mexico to Central America. We have located and are test growing the following species (see Fig. 1, 2, 3):

Hyptis suaveolens (L) Poit. Cultivated and spontaneous in Mexico, from near sea level to 4000-5000 ft elevations. It is called "chia grande," "cham," and "conivari," depending on the region.

Salvia hispanica L. This is the source of chia imported into the U.S. Cultivated varieties are grown in central Mexico and Guatemala. Early Spaniards introduced it to Spain, specimens were named by Linnaeus, whence the name hispanica. Wild native forms are scattered through the Sierra Madre Occidental from Sonora and Chihuahua southward.

Salvia tiliaefolia Vahl. A rather aggressive, weedy, spontaneous herb, colonizing in milpas and road margins. Native along the western Sierra Madre at both high and low elevations from Sonora southward. Light water requirement; local use only

Salvia seemannii Epling. This is a Durangan taxon split off of S. tiliaefolia by Epling; scarcely separable. Local use only, shows good drought resistance.

The two groups of chias are nurtured by and adapted to two distinct environments: the summer annuals to the continental summer rain type of climate, and the winter annuals to the Mediterranean type of climate. Different cultural regimes are required for each; there is no handbook on "How to Grow Chias." We have test planted both groups nearly monthly during our first and second year trials. The winter annuals have responded best when seeded in fall for harvest in early summer. The summer annuals germinate in the warm days of late spring, and flower in the short days of September for seed harvest in fall. Water should be held off after flowering. Chias are susceptible to charcoal rot incited by Macrophomina phaseolina (Tassi) Goid. For primary plant introduction the chias appear best tested in the and southwest where excessive off-season rainfalls are rare and open winters prevail. We do not yet know the critical low winter temperatures for California chias. They germinate best in fall and grow slowly through December and January. The summer chias have not grown well in the cool springs of California. We are learning appropriate cultural techniques by trial and error.

The seeds of chias have been eaten for centuries by native North Americans, either raw or parched. They are used in sauces and as thickening agents. When soaked in water the seed envelops itself in a copious mucilaginous polysaccharide, excellent for digestion, and together with the grain itself forms a nutritious food. Mixed with orange juice the gel-like seeds make a nutritious breakfast and can help to control excess weight. Users report that a glass full of orange juice with a teaspoon of presoaked seeds leaves one feeling full and without hunger until noon. The plant explorer Edward Palmer wrote (1871): "In preparing chia for use the seeds are roasted and ground, and the addition of water makes a mucilaginous mass several times the original bulk, sugar to taste is added, and the result is the much prized semi-fluid pinole of Indians and others—to me one of the best and most nutritive foods while traveling over the deserts."

The seed oils are extracted by heat and straining and are used in cooking. They are also used as an overgloss on paintings. Chia oil is a clear oil reported not to become yellow with age, and is therefore an excellent preservative for colors on canvas, pottery, and wood as found in Mexican lacquer work. Analyses of seeds of H. suaveolens reported 13-23% oil, and for S. columbariae 29-35% oil. These oils are regarded as semidrying oils, like high linoleic sallower oil and like linseed oil (Bagby letter). Nutritional studies of these seeds are needed and the oils should be studied for use in foods and industrial products.

Our gum tragacanth project was started in 1981 with test plantings at Murrieta, California and at Sacaton, Arizona in 1982 with seed collected by Gentry in Iran in 1956. Germination required bathing the small hard seeds in concentrated sulfuric acid for 12-16 minutes. To start, we planted seeds in a greenhouse in bottomless paper pots which were later transplanted to the field plots. The potted plants were row planted on berms, leaving the bottomless paper pot, which gave protection, elevation, and elongation to the tap root, and which after two years would be tapped for gum, Fig. 4.

The 20 or so taxa of Astragalus reported to yield gum (Gentry 1957) probably all belong in the Group Tragacantha. They are small spiney bushes 30-60 cm tall with small flowers clustered along the stems in the axils of spine-tipped leaves. The flowers and 1-seeded pods are generally pretty well hidden in white pubescence or trichomes. D. Podlech (1983) of the Munich Botanical Garden has recently proposed a new genus. Astracantha, that apparently includes most of the Tragacantha Group, but also many of the non-gum species of Astragalus. The taxonomy of the economic gum group remains confused in part with identification of some of the taxa uncertain. A new systematic revision based upon cytology, anatomy, chemistry, and phenology, as well as morphology and nomenclature is badly needed.

The tragacanth or goat thorn bushes are native to the highlands of Asia Minor from Turkey to Afghanistan. Our germplasm was collected in Iran on limey soils between 1200 and 3000 m. elevations. The so called "cushion vegetation" characterizes the higher elevations, Fig. 5. The lower habitats, 1200-1800 m., look like our Ambrosia-Atriplex communities in Arizona. Rainfall, so far as records are available, apparently range from 25-63 cm annually, a part of which is precipitated as snow through the winter months. The climate of Iran is in many ways quite homologous to southwestern lands in California and Arizona. There has been no frost damage to our tragacanth with the -2.8°C and -6.7°C lows at Murrieta and Sacaton, respectively.

Tragacanth gum is a complex mixture of polysaccharides, mostly poly-D-galacturonic acid, and bassorin. Part of it is miscible and part forms a gel of exceptional quality It is the most viscous of the natural water soluble gums known and is an excellent emulsifying agent with good stability to heat, acidity, and age. It has a wide application in pharmaceuticals, cosmetics, industrial textile sizing, as a thickening agent in foods, as syrups, dressings, sauces, liquors, and may have applications in controlling cancer cells (Mayhew and Rose, 1964). The best grades are obtained from the roots of some species, as A. gossypinus, A. microcephalus, and A. echinaeformis. A. gummifer has long been cited as the principle source of tragacanth gum, but Dogan et al. (1985), reporting on Turkish gums, state it produces an inferior grade worth only about 10% of the first grade gums.

Table 1 gives data on gum production from our young plants. These average yields are based on 5 to 20 individual plants in each lot. More interesting are the array of individual samples which show great variation in our planted wild populations, ranging from a fraction of 1 g to 4-5 g per plant. Crossing of high yielders, successive generations of the recombinants, and eventual clonal propagation of high yielders could eventually create outstanding gum producing strains or cultivars. Cultural methods are already largely solved. The laborious method of hand tapping and collecting of gum can be efficiently reduced by electronic machines when plants are rowed up on small berms.

So far, our planting trials are preliminary Both chia and tragacanth have demonstrated good response in cultivation in our Southwest. They have produced mature seeds and harvestable products. Chias are annuals, fitted for short term ventures. In one sense they can be considered pseudocereals like amaranth but require less water. Further studies are required to determine yield, nutrient values, and economic feasibility. Chias can be harvested by modification of available machinery. Tragacanths are perennials and will require long-term research effort. With tragacanth, we calculated that gum prices are required between $44-55 per kg to break even with present day land and operational costs, but this is not competitive with other gum substitutes that are presently satisfying most market needs. However, potential pharmaceutical and medicinal uses could make tragacanth commercially feasible.

The tragacanths form a large gene pool awaiting the skills of the plant breeder. Surely, it is better to subsidize such new crop prospects than it is to pay conventional farmers not to grow anything. A thing untried is a thing unlearned. 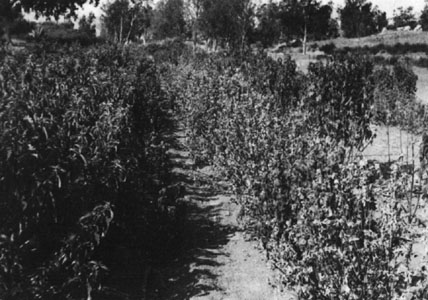 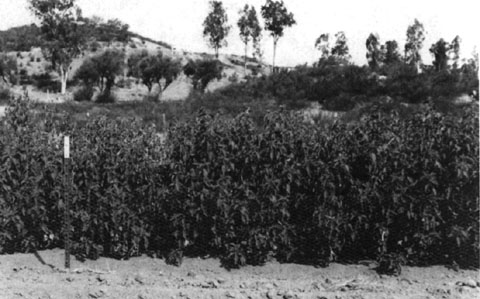 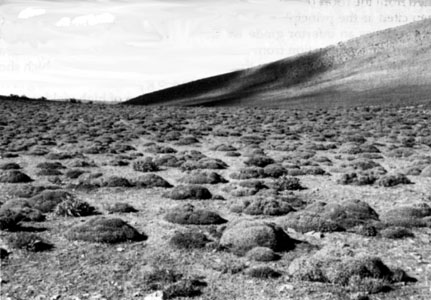