Mayhaw: A New Fruit Crop for the South*

Mayhaw trees flower profusely and early (late February to mid-March in southern Georgia, Zone 9A) and the fruit ripens mostly in early May, hence the name mayhaw. Some clones (selections) ripen through June. The fruit is a small pome (8-19 mm diameter), yellow to bright red, fragrant, acid and juicy, resembling cranberries in appearance and crabapples in taste (Fig. 2). Until recently the fruit has only been used locally in marmalades, butters, preserves, jellies, condiments, syrups, wines, desserts and as food for wildlife (Elliot 1971, Gibbons 1974, Halls 1977, Hedrick 1919, Morton 1963, Reynolds and Ybarra 1984, Wood 1864). However, during the last 5-10 years mayhaws have begun to receive attention as a possible source of income for cottage industries. Fruit sells for $2.75-$4.40/kg ($5-$8/gallon) and jelly for $18-00/liter ($8.50/pint). Because demand exceeds supply, many farmers and entrepreneurs are showing interest in the culture and utilization of this crop.

Under natural conditions seed do not germinate until overwintered (Hartmann and Kester 1983). Crataegus species have embryo dormancy and require treatment in a moist medium at low temperature before germination will occur (Schopmeyer 1974). Seeds may be an easy way to propagate clones since nucellar seedlings, which produce fruit like the mother tree, are common in mayhaws (Wayne Sherman pers. commun.).

Mayhaw softwood stem cuttings can also be rooted under intermittent mist or in a humidity chamber during the summer. Dipping the cuttings in a root promoting hormone (8000 ppm K-IBA + 2000 ppm K-NAA) has promoted rooting success of 36.4% for 'Super Spur': and 34.4% for 'T.O. Super Berry' (G.W. Krewer, and J. Gibson, unpubl.). Propagation from hardwood and root cuttings have also been reported by nurserymen, however, no details were revealed.

Mayhaws are easily grafted during dormancy (late winter). A whip and tongue or simple whip graft can be used. Cleft grafting can be used on larger trees.

Mayhaw appears to be initially compatible with any hawthorn species. In Mississippi the parsley haw (C. marshallii Eggl.) is considered an excellent rootstock for C. opaca. Good results have been reported using cockspur (C. crusgalli L.) and Washington hawthorn (C. phaenopyrum [L.f.] Med.) rootstock in Texas for C. opaca. Trials in Louisiana, however, have produced variable results with Washington hawthorn. In Georgia, the hoghaw (C. flava Aiton) which grows on our sand ridges can be used but due to its slow growth rate the mayhaw scions may overgrow the hoghaw rootstock. C. aestivalis can also be grafted onto commercially available Washington hawthorn seedlings, but it is not known how they will perform at maturity Mayhaw seedlings are probably the best choice as a rootstock in damp soils.

About a dozen mayhaw selections have been collected from the wilds (river bottoms, lime sinks, swamps, sloughs) of Georgia, Mississippi, Louisiana and Texas with attention given to size of fruit, harvest or ripening period and yield (Table 1), but information from field trials is very limited. Most ripen over a 30-day harvest period, but 'Lori' may have 80% of the fruit ripe at one time. Little comparative cultivar information is available at this time, 'Super Spur' appears to be the best from a yield and tree form standpoint. Yields of 30 kg/tree have been reported for 30-40 year old wild mayhaws in Georgia and 60 kg for a 15-year-old 'Super Spur' in Louisiana. Preliminary reports indicate that selected mayhaw clones are adaptable to USDA zones 8 and 9. Although some cultivars have a low chilling requirement and bloom early, other cultivars should be adapted to the piedmont of the southeast. C. aestivalis cultivars may bloom a few days later than C. opaca cultivars and may be better choices further north. Bloom occurs over an extended period of time and the fruit are reported to be fairly frost hardy once past the bloom period. Winter hardiness may be good. There are reports of mayhaws fruiting after -25°C (-13°F) (1981) and two year old trees survived -32°C (-25°F) (1985) without damage (Akin 1985).

Although tolerant of wet, very acid soils, better growth has been observed when mayhaws are planted on well drained, slightly acid soils. Mayhaw trees are long-lived and may have a 9m canopy diameter after 20 years. Therefore current suggested tree spacing for a permanent orchard is 4.6-6.1 m (15-20 ft) in the row and 5.5-6.1 m (18-20 ft) between rows giving (270-400 trees/ha or 109-161 trees/A). Row spacing must be adjusted to fit the equipment if mechanical harvesting of mayhaw is desired. Mayhaws should be trained to a single trunk at the base with the first branches at 45 cm or higher so orchard equipment can be operated under the tree. Yearly pruning to open up the tree canopy for greater light penetration may be necessary with most cultivars. Central leader and modified central leader training systems like those used on apples are suggested.

There is limited information on the pest management of mayhaws; however, it is known that they are susceptible to many of the insects and diseases that attack other pome fruits (Crops Res. Div. 1960, Forest Service 1985). Several insects including plum curculio, hawthorn lace bug, flower thrips, roundheaded appletree borer, whitefringed beetle, leafminers, scales and mealybugs feed on the foliage, flower, fruit and wood of mayhaw. The plum curculio in particular has caused extensive damage to fruit in some locations and will probably need to be controlled in future commercial orchards.

There are numerous diseases known to occur on various hawthorn species but little information is available on diseases of mayhaws. Quince rust, (Gymnosporangium clavipes Cke. & Pk.), has been quite severe on some southern Georgia native mayhaws and several C. aestivalis and C. opaca cultivars since 1983. Presently no rust control recommendations are available except the planting of rust-free selections. At this time only two natural pesticides, insecticidal soap and rotenone/pyrethrin, can be utilized for pest control on mayhaws destined for food use.

Although mayhaw appears to be initially compatible on most Crataegus rootstocks, our knowledge of mayhaw rootstocks is rudimentary at best. There is little published information available on the productivity and long term compatibility since mayhaw orchard plantings have existed for less than 5 years. Existing information on methods of propagation is also very limited. Cultivar evaluations have not been conducted in replicated orchard plantings and low-chilling requirements of many cultivars may limit their commercial adaptability to zone 9A or 9B.

While only the jelly manufacturing has been investigated by university or industry personnel, there are many other products made from mayhaws such as juices, jellies, preserves, candies, pastries and wine that could have commercial potential. Thus, the opportunity exists for a greatly expanded market based upon a consistent supply of fruit. If the industry is to seriously develop, cultivars adapted to mechanical harvesting will be needed. Unless problems associated with production are solved, supplies will be too short to allow for alternate product development. 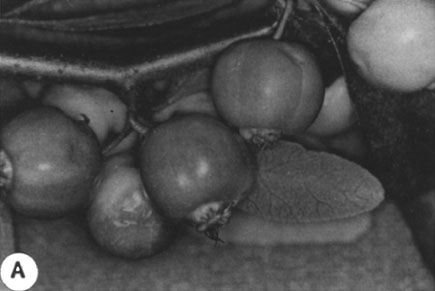 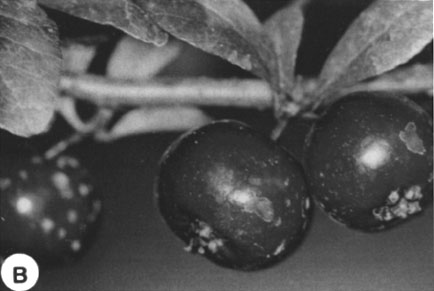 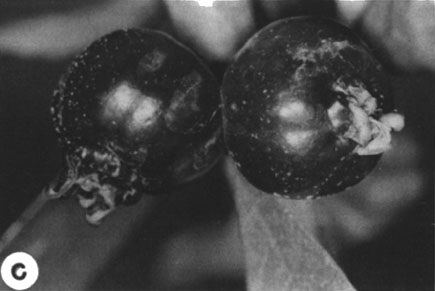 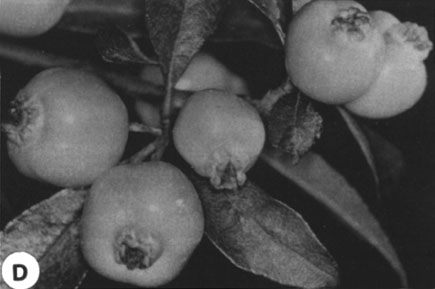