Cliff Brake Fern [Pellaea ovata (Desv.) Weath.] is a native Texas fern that is found in nature on dry ledges and slopes of limestone outcroppings, calcareous rocks, or granite. It is frequently found on cliffs or at their bases; but also grows well in open rocky woodlands (Correll and Johnston 1979). Because of its tolerance to high temperatures, bright light, and alkaline conditions, cliff break fern might be well adapted to being incorporated into the xeriscape. Cliff break fern thrives in rich, well-drained soil (Hoshizaki 1975), and should be adaptable to many landscape situations.

Cliff Brake Fern has an attractive color, ranging from dark green to grayish-green (Jones 1987) and it has an interesting fine, open texture due to its peculiar rachis and costa structure (Lellinger 1985). Cliff break fern and other Pellaea spp. have been grown on trellises and in hanging baskets in greenhouses in the Northeast (Foster 1964), but its use in southern landscapes has been ignored. Because of the plant's apparent wide ecological adaptability and its ornamental qualities, P. ovata deserves consideration for use in the landscape and, in particular, in the xeriscape.

DESCRIPTION OF THE PLANT

P. ovata has slender rhizomes. Its leaves (fronds) may grow to 1 m or more in length and are divaricately bipinnate to tripinnate (Correll and Johnston 1979). There are 3 to 20 stalked pinnules on each pinna; the leaflets are 2 cm long and 1.5 cm wide and are ovate to oblong in shape with cordate to truncate bases (Correll and Johnston 1979) (Fig. 1). The petioles and rachises are pale tan-colored; the stalk is hard, dark, and polished (Hoshizaki 1975). The rachises and rachillae zigzag, often quite dramatically (Bailey and Bailey 1976). The zigzag pattern may all be in one plane or in several planes. Sori are borne in a marginal band along the blades and are covered by the reflexed margins of the pinnules (Bailey and Bailey 1976). The range of P. ovata is similar to that of several other American species of Pellaea, extending from the southwestern United States south to Argentina (Tryon and Tryon 1982).

The entire genus is adapted to relatively xeric conditions. The partially underground stems are covered with scales and have the capacity to survive light ground fires (Tryon and Tryon 1982). Further, the apogamous gametophytes do not require free water for fertilization (Tryon and Tryon 1982). New plants can be established during short moist periods because of rapid spore germination and sporophyte initiation (Tryon and Tryon 1982). P. ovata can tolerate and even thrive in moderate shade (as in open woodlands), but it may grow slowly under dense shade (Clute 1938). It is equally well adapted to full sun conditions (Hoshizaki 1975). P. ovata is native to areas with both very thin alkaline soils and areas with rich woodland soils (Clute 1938). P. ovata tolerates extremely hot summers (highs at 40°C or more) and can withstand at least brief periods of below freezing temperatures (periods of -17°C are reported with survival) (Hoshizaki 1975).

UTILITY IN THE LANDSCAPE

Several attributes recommend P. ovata as a xeriscape plant. These include its drought resistance and its tolerance of both alkaline soils and high temperatures. Cliff brake fern responds well to regular irrigation, but can thrive with neglect and occasional watering. We have observed that with even prolonged wilting, mature fronds of P. ovata revive with watering. Overwatering can kill cliff brake fern, and so it should not be placed with plants that have high water needs (Hoshizaki 1975). Since the fern is tolerant of both full sun and moderate shade, it can be used throughout the landscape in most light environments, except dense shade. Because it also grows well in rich woodland soils, P. ovata should be adaptable to many landscape schemes besides a xeriscape one. Some morphological characteristics make cliff break fern an interesting addition to the landscape (Fig. 2). The generic name Pellaea comes from a Greek word meaning "dusky" (Bailey and Bailey 1976), and the pinnules of P. ovata are somewhat to very glaucous. The small size of the leaflets (pinnules) and the open, zigzag character of the rachis allows P. ovata to lend an interesting open, light texture to the landscape. Cliff break fern can be effectively used in the landscape as a specimen plant, both potted or in the soil, and as part of a border, either by itself or in a mixed border.

Further popularization of P. ovata as a landscape plant will require determination of the limits of the fern's cold (freeze) tolerance, the extent of both drought and water-logging tolerance, information on the effect of different levels of shade on Cliff Break Fern's growth and survivability, and knowledge of the long-term adaptability of this new plant to the home landscape. 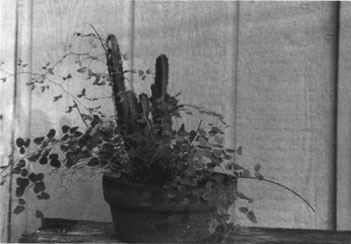 Fig. 1. A specimen of Pellaea ovata. 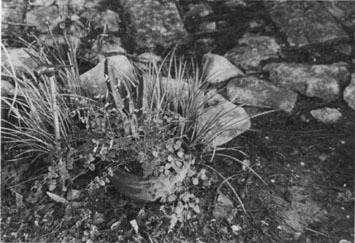 Fig. 2. Use of Pellaea ovata in the landscape.